Snow Ruyi" is one of the competition venues for the Beijing Winter Olympics, named after the s-shaped curve of the traditional Chinese auspicious ornament "Ruyi" that fits the profile of the ski jump. The venue consists of the summit club, the grandstand area and the competition area slide between the two, which is the largest and most technically difficult competition venue in Zhangjiakou.

The front end of the Peak Club has an overhang height of 37.5 meters, an outer diameter of 78 meters and an inner diameter of 40 meters. Over 2,200 tons of steel were used, but less than 2,500 square meters of outdoor construction space was available, making construction extremely difficult. 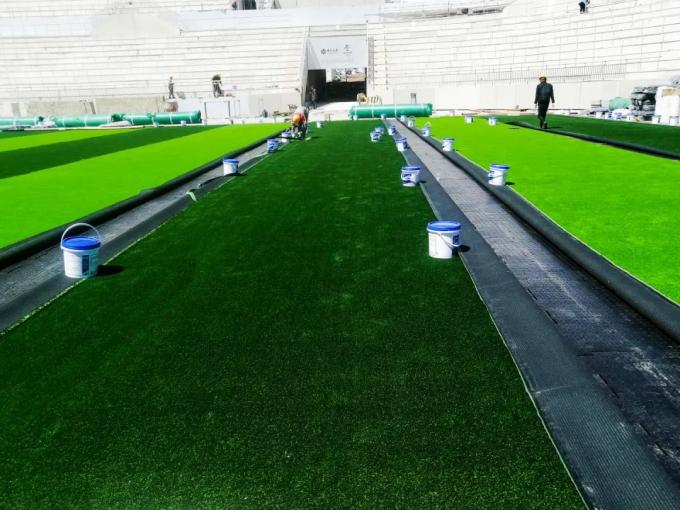 In order to present the venue to the world perfectly, the project department of Beijing Winter Olympic Games Zhangjiakou Project of China Railway Construction Group, after many discussions, first erected 39 steel structures as supports to minimize construction errors, and then removed the supports after forming a stable structure with strict seams, achieving 100% testing and 100% qualification.

With the efforts of all the builders, "Snow Ruyi" became the first ski jumping center in the world to pass the certification of international special event organizations at one time. 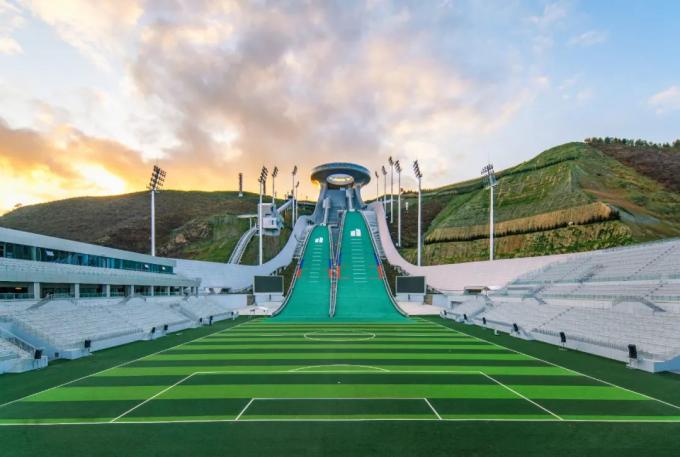 Among the competition venues of the Beijing Winter Olympics, "Snow Ruyi" is also regarded as a model of green, low-carbon and sustainable.

During the construction process, in order to minimize the damage to the surrounding environment, the project department abandoned the way of cutting down more than 5,000 trees to build the transportation road, and used a special tower unit consisting of five movable tower cranes to gradually transport the building materials to the designated location, successfully overcoming the constraints of slope on the construction. The slope constraint was successfully overcome.
The project department also took into account the post-event stage, the "snow as a highlight" of the operation of the issue; choose Aosun shares recommended a new generation of double Ao fill-free sports system, paving the grandstand area soccer field.

The project team also took into account the post-event stage of the "Snow as You Like It" operation highlight, and selected the new generation of Aosun's recommended no-fill sports system for the football field in the grandstand area.